Are you asking friends for opinions on your pictures? Why you should stop ❌ 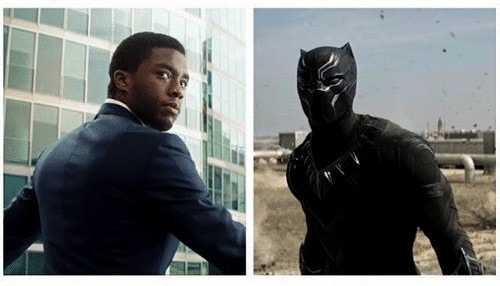 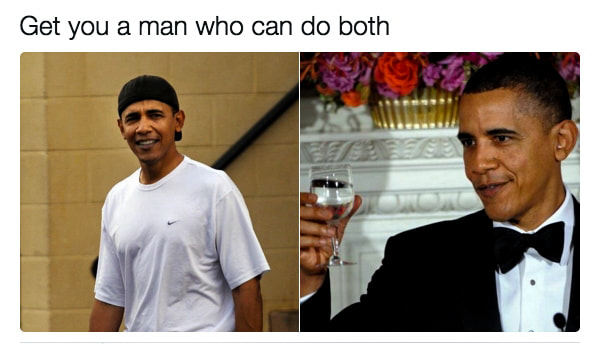 Today I want to explain, why I think that you should stop asking your friends or family for their opinion on your pictures when it comes to Online Dating. ⁣
⁣
You’re probably thinking:⁣
⁣
“Why would I want a stranger’s opinion? What do I care what some random person thinks of me?”

⁣
⁣
“People I don’t know are going to be totally wrong about me. My friends know me. So why should I listen to anybody else?”⁣
⁣
I know it sounds great on paper to get opinions from people you care about and love. ⁣
⁣
This might be shocking, but it’s hurting your results and the opinions you get aren’t worth much. ⁣
⁣
Now, let me explain why that is the case. ⁣
⁣
𝗣𝗲𝗿𝘀𝗼𝗻𝗮𝗹 𝗰𝗼𝗻𝗻𝗲𝗰𝘁𝗶𝗼𝗻⁣
⁣
Everyone that knows you personally and cares about you is positively biased. ⁣
⁣
So if you ask friends or family for opinions, they won’t say negative things about your pictures because you matter to them. ⁣
⁣
They don’t want to hurt your feelings by telling you that a picture is bad or completely sucks. ⁣
⁣
That applies to both, male and female friends, but is only one of the reasons. ⁣
⁣
𝗬𝗼𝘂𝗿 𝗳𝗿𝗶𝗲𝗻𝗱𝘀 𝗽𝗲𝗿𝘀𝗽𝗲𝗰𝘁𝗶𝘃𝗲 – 𝗘𝗺𝗼𝘁𝗶𝗼𝗻𝘀 & 𝗠𝗲𝗺𝗼𝗿𝗶𝗲𝘀⁣
⁣
Imagine you’re showing your best buddy your profile, upon seeing it he’s absolutely amazed by it. ⁣
He sees a selfie of you where you look extremely attractive and compliments it:⁣
⁣
„Maaan, I wish I could take such attractive selfies, mine always end up looking like shit.“⁣
⁣
Next up is one of you wearing sunglasses looking away all cool and badass and he goes:⁣
⁣
„You look like a real boss, dig that pic!“

⁣
⁣
Another picture shows a mirror selfie of you flexing with your ripped muscular body. ⁣
⁣
He’s complimenting your physique:⁣
⁣
„Damn, nice guns brah, girls are gonna be all over you.“.

⁣
⁣
Then he sees the last, that you both took together in a club and goes:⁣
⁣
„Bro, I remember that night it was absolutely lit and we met those cute girls, amazing picture!“

⁣
⁣
He’s going to remember the emotional connection and memories bound to it and that will influence his opinion.⁣
⁣
After showing your profile to your friend you think that it’s a killer profile:⁣
⁣
„If my friend thinks my profile is amazing and badass, women on Online Dating apps will too, I’ll absolutely crush it!“⁣
⁣
I mean, your friend loves it and who knows you better than your friend right? ⁣
⁣
Wrong. ⁣
⁣
𝗡𝗼 𝗶𝗻𝗳𝗼𝗿𝗺𝗮𝘁𝗶𝗼𝗻 – 𝗧𝗵𝗲 𝗽𝗲𝗿𝘀𝗽𝗲𝗰𝘁𝗶𝘃𝗲 𝗼𝗳 𝘄𝗼𝗺𝗲𝗻 𝗶𝗻 𝗢𝗻𝗹𝗶𝗻𝗲 𝗗𝗮𝘁𝗶𝗻𝗴⁣
⁣
Now let’s look at it from a woman’s perspective who doesn’t know anything about you:⁣
⁣
She sees the selfie and immediately thinks that it’s unattractive regardless of how you look on it, because it subcommunicates two things:⁣
⁣
1. Nobody takes photos of me, except for myself. I guess I’m not that interesting to be around.⁣
⁣
2. I am constantly looking at myself and I take photos of myself, because I’m just very into myself.⁣
⁣
She looks at the next one and sees the mirror selfie of you flexing. ⁣
⁣
It turns her off and she’s gonna think that you’re tryhard, self absorbed and have nothing else to offer than your body.

⁣
⁣
Then the picture of you with sunglasses appears and gives her the impression that you’re trying to be „Mister too cool for school“.

⁣
⁣
She also can’t see your eyes, which are very important.⁣
⁣
Now she’s taking a look at the last one, the party picture. ⁣
⁣
She thinks it’s cringe and unattractive, because you both look drunk and it seems like all you’re doing is partying. ⁣
⁣
What I described here is already a positive scenario. ⁣
⁣
Most of the times, women won’t even look at the rest of your pictures, if the first one isn’t an absolutely amazing money shot already.

⁣
⁣
𝗠𝗼𝗿𝗲 𝗜𝗻𝗳𝗼𝗿𝗺𝗮𝘁𝗶𝗼𝗻 = 𝗪𝗼𝗿𝘀𝗲 𝗙𝗲𝗲𝗱𝗯𝗮𝗰𝗸⁣
⁣
Now all this is due to the fact that strangers don’t have the background information about you, that people you know do.⁣
⁣
Your friends are familiar with your world and already have a fully-formed impression of who you are. ⁣
⁣
When they see your online dating profile, they can’t help but view it through a lens of what they already know about you.⁣
⁣
They’re not going to have the same questions, suspicions, or curiosities that women on Online Dating apps will.⁣
⁣
While you may think you’re portraying a fun and outgoing vibe with a party pic, in reality women are going to assume that you look “drunk” or “crazy”.⁣
⁣
Your online dating profile is meant to be appealing to people you don’t already know. ⁣
⁣
And your friends can’t see them the way that women on Online Dating apps do.⁣
⁣
Doesn’t matter if they’re men or women. ⁣
⁣
The only difference is, that they’ll probably find different pictures attractive. ⁣
⁣
But none of those will reflect the best version of yourself to women that don’t know you.⁣
⁣
𝗧𝘄𝗼 𝘀𝗶𝗱𝗲𝘀 𝗼𝗳 𝘁𝗵𝗲 𝗰𝗼𝗶𝗻 – 𝗖𝗲𝗹𝗲𝗯𝗿𝗶𝘁𝘆 𝗲𝘅𝗮𝗺𝗽𝗹𝗲𝘀⁣
⁣
Let’s take a final example, two celebrities like Barack Obama and Chadwick Boseman. ⁣
⁣
Seeing the left picture of Chadwick Boseman, you wouldn’t assume that he’s an amazing Marvel’s Superhero of Wakanda. #teammarvel #wakandaforever⁣
⁣
But having watched the movie Black Panther, you immediately know that he’s a Superhero, which makes him a lot more attractive and badass.

⁣
⁣
If you haven’t watched that movie yet, go watch it now! ⁣
⁣
I’m serious, It’s the best Marvel’s movie ever created and has such an amazing atmosphere.⁣
⁣
Anyway, back to the topic and our second example.⁣
⁣
Seeing the left picture of Barack Obama, you wouldn’t assume that he’s a smart, successful man.⁣
⁣
But knowing everything you know about his life and him having been the president of America, you immediately assume that he’s smart and successful regardless of his looks.⁣
⁣
Both of those examples show us, that If you’re not famous you need to go an extra mile to convey things like high status, attractiveness, masculinity and intelligence.⁣
⁣
I hope I could help you to understand the biggest reason why you’re probably not having success in Online Dating. ⁣
⁣
Of course it also depends on other factors, but selecting the perfect pictures is a crucial step and I can’t stress this enough.⁣
⁣
90% of your profile are pictures⁣
10% is the bio you write⁣
⁣
Yes, pictures are that important.⁣
⁣
Cheers, ⁣
Sandric