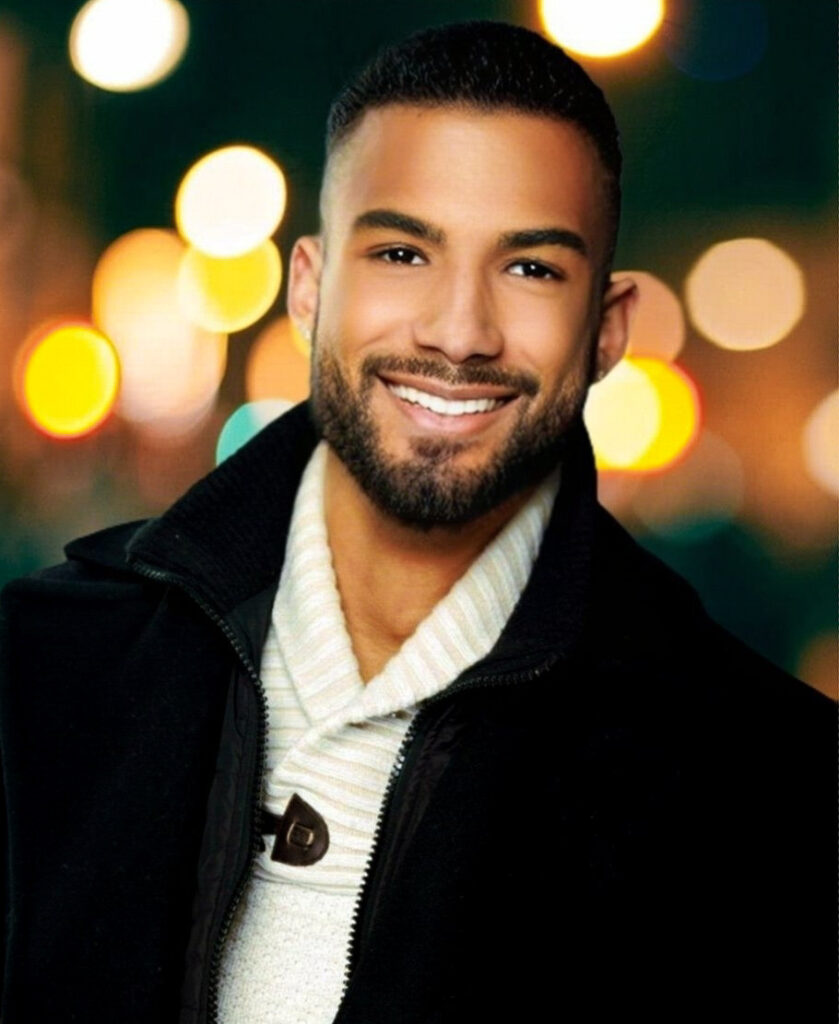 Over the last few years i’ve transformed hundreds of men into Dating Superheroes, by getting them ridiculously good at online dating.

I’m talking about men who went from being frustrated due to not having any women in their life.

To now enjoying an abundance of the most beautiful women in their cities, creating win-win situations, and waking up naked next to women they’ve just met…

Not just once, or occasionally… but almost every week.

And even though this is “normal” for many of my Superhero students now… I’ll be radically honest with you: Online Dating can be very difficult.

However, thanks to online dating i’ve lived the sex and love life most men can only dream of.

Even though these kinds of results are nothing special for me nowadays, it hasn’t always been the case…

I wouldn’t be where I am today if I didn’t go through years of pain, struggle and frustration.

Let me share my honest personal journey with you.

„Now, this is a story all about how⁣
⁣
My life got flipped-turned upside down⁣
⁣
And I’d like to take a minute, just sit right there⁣
⁣
I’ll tell you about my transformation, so make sure you prepare.“

⁣
⁣
In the past people often told me:⁣
⁣
„But for you Online Dating is easy, you’re good looking“.⁣
⁣
And I can’t actually completely disagree with that. ⁣
⁣
Even though Online Dating is not „all“ about looks, they do play a big role. ⁣
⁣
But what many don’t realize is that you can change A LOT to become the best version of yourself. ⁣
⁣
So many people accept the way they are as a status quo after their childhood. ⁣
⁣
For example some of you might think:⁣
⁣
„Well, I’m shy, that’s just how I am and always have been. ⁣
⁣
I can’t do anything about that“. ⁣
⁣
Yes, you might be shy, but that doesn’t mean that you have to continue being it for your entire life! ⁣
⁣
Don’t ever let your past dictate who your future you is going to be. ⁣
⁣
Nobody can deny that apps like Tinder, Bumble, Hinge etc. are superficial. ⁣
⁣
But there’s still room to show personality in the bio and paint a story with your pictures. ⁣
⁣
Attached to the post you can see my first Tinder profile from 5 years ago, next to the one 5 years later.
⁣
Whilst using the old one, I got one match a month which was most of the time extremely unattractive or overweight (to which I’m not attracted to). ⁣
⁣
This always led to me being in a mindset of scarcity instead of abundance. ⁣
Afraid of messing it up with the only match I had, coming across as desperate and needy. ⁣
⁣
Despite many people, including coaches telling me that it’s just because I’m a minority in a white country, I didn’t want to accept that. ⁣
⁣
I promised myself that I’ll find a way to change my situation, no matter how long it takes or how hard it might be.⁣
⁣
And if at the end it turns out that it’s really because of my skin color, then that’s fine.⁣
⁣
I’ll have nothing to regret or to blame myself about, because I’ve tried everything in my power.⁣
⁣
Maybe some of you can relate. ⁣
⁣
I always had the feeling that I should be able to match and date much more attractive women and shouldn’t have to lower my standards.⁣
⁣
I’m telling you it was very frustrating, to internally know that I’m not at a point where I should and could be. ⁣
⁣
Instead of accepting my situation, I used that frustration as motivation and a fuel for change.⁣
⁣
Back then I didn’t have a beard, weighed 20 kg (45 lbs) less and my sense of fashion was horrible.⁣
⁣
One year before, I had just gotten contact lenses, but I always used to be the usual World of Warcraft nerd. ⁣
⁣
Extremely introverted, with glasses, without friends and unable to speak to strangers. ⁣
⁣
Which was even harder due to the fact I moved from Germany to Spain and didn’t know anyone or the language. ⁣
⁣
So a while later, I did an experiment with my good looking friend from Amsterdam. ⁣
⁣
He had just 2 pictures on his profile, a shirtless one after showering with a towel on and a selfie. ⁣
⁣
Those alone got him 400 matches a month and lots of women coming to his house. ⁣
⁣
That’s because he was extremely attractive and the type of the broader masses, which I didn’t realize at that point.⁣
⁣
You can imagine how jealous I was. ⁣
⁣
We tried copying his picture, wearing the same clothes, in the same location. ⁣
⁣
But while he looked like a model, I always ended up looking like a homeless guy.

⁣
⁣
Nothing really changed in terms of results, as you can probably imagine by taking a look at the picture.⁣
⁣
Then I decided to go to the gym, studied a lot of fashion & dating programs as if my life depended on it, hired a style coach and approached hundreds of women to get rid of my shyness. ⁣
⁣
The hardest part for me was talking to women, because I would have rather fought a crocodile bare hands than talk to a stranger.

⁣
⁣
It didn’t matter if that stranger was a grandma, an adult or someone my age.⁣
⁣
So everyday I took the bus 1,5 hours to the city, walked around for 6 hours, unable to talk to anyone, continuously asking myself why everyone is able to do it but me and then took the bus back home for another 1,5 hours. ⁣
⁣
For those of you not good at math like myself, it’s 9 hours daily that I spent on trying to overcome my severe social anxiety.⁣
⁣
After doing this for 2 months straight, I finally gathered the courage to ask someone for the time. ⁣
⁣
I’m not exaggerating, it felt like winning the lottery, because I had accomplished something I considered extremely important.⁣
⁣
So after overcoming that first hurdle, I kept setting bigger and bigger challenges for myself. ⁣
⁣
From going into a grocery store and asking the cashier how his or her day was instead of just saying hello and goodbye. ⁣
⁣
Over randomly starting conversations with people I didn’t feel attracted to on the street. ⁣
⁣
To finally talking to girls I found really attractive during daytime, telling them exactly that and striking up a conversation.⁣
⁣
On top of all this I used something I found Online to grow a beard, since I never had any facial hair genetically. ⁣
⁣
This self development journey never ends and trust me, there’s no better way to spend your time, money and energy than on YOURSELF.⁣
⁣
I really hope this helps as a motivation for some of you who are still at the beginning of their journey. ⁣
⁣
Always remember, it is a marathon, not a sprint. If I was able to do it, you are too!⁣
⁣
Additionally, I attached a before and after picture of myself. ⁣
⁣
I want you to realize that I’m not „genetically gifted“ in any way, shape or form.⁣
⁣
You can achieve an enormous transformation just by going to the gym, gaining or loosing weight and improving your style.⁣
⁣
When you get lean or gain mass your facial shape and jawline will change in addition to your body.⁣
⁣
On the left I weighed 65 kg (143 lbs), while on the right it’s 85 kg (187 lbs).⁣
⁣
Working on yourself can produce quite the big changes if you’re really committed to it. ⁣
⁣
My mission in life is to motivate, inspire and transform as many people’s lives as possible.

⁣
⁣
So if there’s anything I want you to take with you from my story, it should be: ⁣
⁣
„You don’t have to accept the cards you’re dealt with. But if you can’t change them, change how you play your hand.“

Wanna see the results of our superhero students?