Why your bio is ruining your Online Dating career 🚫⁣ 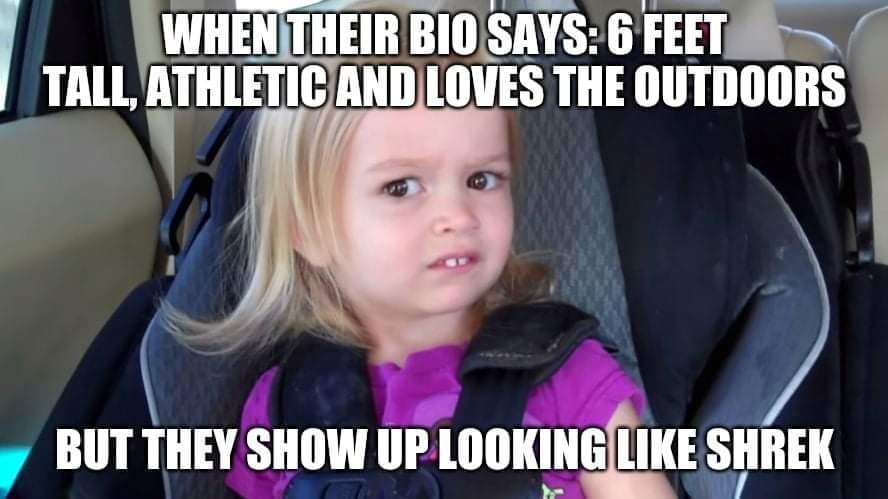 Firstly, a bio’s only purpose is to make you stand out from the competition of other men on Online Dating apps.⁣
⁣
But what do most men do?⁣
⁣
They’re busy qualifying for the championship of the world’s most boring man.⁣
⁣
I don’t know what your bio looks like, but If it includes:⁣
⁣
● Boring logical facts about yourself.⁣
● „Inspirational“ quotes.⁣
● or other things that lead to women rolling their eyes while swiping left at the speed of light.⁣
⁣
Chances are high you’re going to make it to the finals.

⁣
⁣
Women don’t want to date boring and predictable men. They want a man who stimulates her emotions.⁣
⁣
𝗣𝗮𝘆 𝗮𝘁𝘁𝗲𝗻𝘁𝗶𝗼𝗻 𝘁𝗼 𝘆𝗼𝘂𝗿 𝘀𝗽𝗲𝗹𝗹𝗶𝗻𝗴⁣
⁣
Nothing is more of a turn off for women, than men who make spelling mistakes in their bio. ⁣
⁣
If you make them, women are immediately going to assume that you’re not very intelligent. ⁣
⁣
This makes you much more unattractive, as intelligence is a very sexy character trait.

⁣
⁣
𝗗𝗼𝗻’𝘁 𝘁𝗲𝗹𝗹 𝘆𝗼𝘂𝗿 𝗲𝗻𝘁𝗶𝗿𝗲 𝗹𝗶𝗳𝗲 𝘀𝘁𝗼𝗿𝘆⁣
⁣
Over the years of my career as a coach I’ve ran into countless men who basically think their bio is an essay.⁣
⁣
They go on and on writing about how awesome their life is. ⁣
⁣
Your bio is NOT the place to list:⁣
⁣
● Hobbys⁣
● Favorite colors⁣
● Animals you love⁣
● Your bank balance⁣
● The cars you own⁣
● Sexual skills⁣
● The weight you can lift⁣
● Character traits⁣
⁣
Women want to know how it’s like to hang out with you and not read a book about you.

⁣
⁣
𝗦𝗵𝗼𝘄 𝗱𝗼𝗻’𝘁 𝘁𝗲𝗹𝗹⁣
⁣
This in my opinion is by far the most critical mistake I’ve seen men make. ⁣
⁣
She doesn’t believe when you TELL her how funny, outgoing and sporty you are. ⁣
⁣
Every man can write whatever he wants in his bio and it could easily be a lie.⁣
⁣
Women had men lying to them probably more times than you changed your underwear in life.⁣
⁣
Instead SHOW her through your pictures, bio and messages what kind of things you’re into and how hilarious you are.⁣
⁣
𝗗𝗼𝗻’𝘁 𝘁𝘂𝗿𝗻 𝗵𝗲𝗿 𝗶𝗻𝘁𝗼 𝘀𝗹𝗲𝗲𝗽𝗶𝗻𝗴 𝗯𝗲𝗮𝘂𝘁𝘆⁣
⁣
Even if you’re into fairy tales, which I am too, you don’t want to bore women to death (or sleep) by listing all your qualities and passions.

⁣
⁣
Oh, you’re into music, nature and traveling?⁣
⁣
Guess what, 99% of the world population is as well. ⁣
⁣
I know, shocking right?⁣
⁣
Let that sink in for a moment.⁣
⁣
So when it comes to the bio please don’t write a list of all those basic things that every other guy on this planet is into. ⁣
⁣
This will just lead to women putting you in the „Standard boring guy“ category, where you definitely don’t want to end up. ⁣
⁣
Here we go, those are the most common and critical mistakes that men do when it comes to their bio.
⁣
Next time I’ll get into a few of the things you should include in your bio instead, stay tuned!⁣
⁣
Cheers,⁣
Sandric