😈 Stories from Hell - My journey of overcoming past traumas 😈 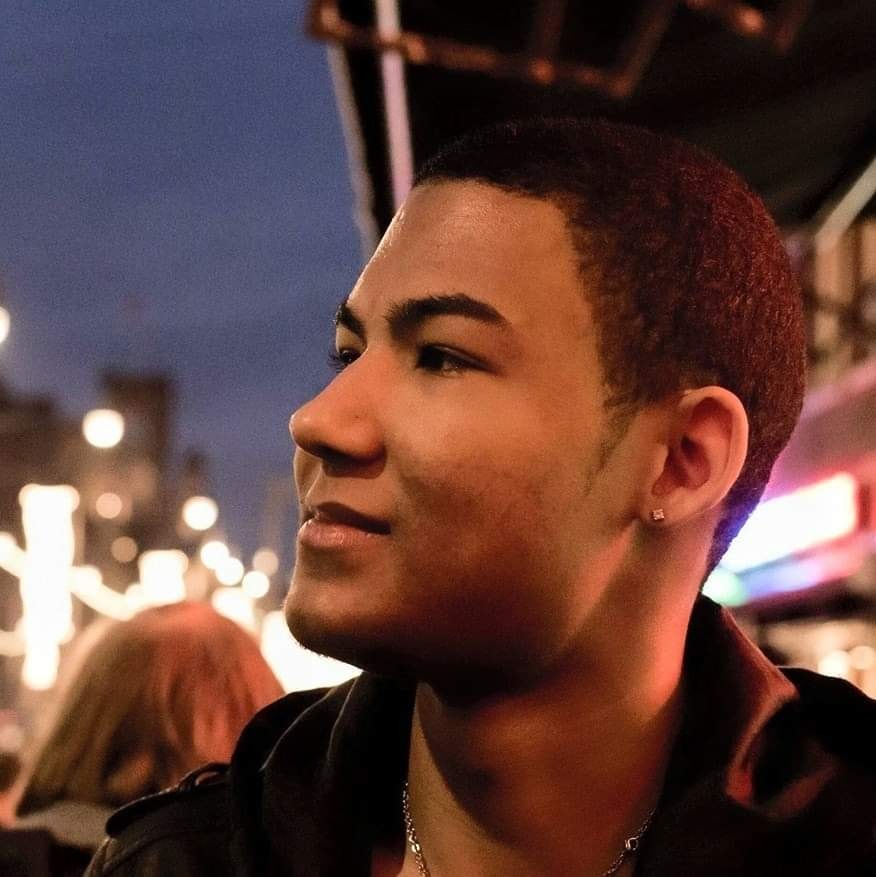 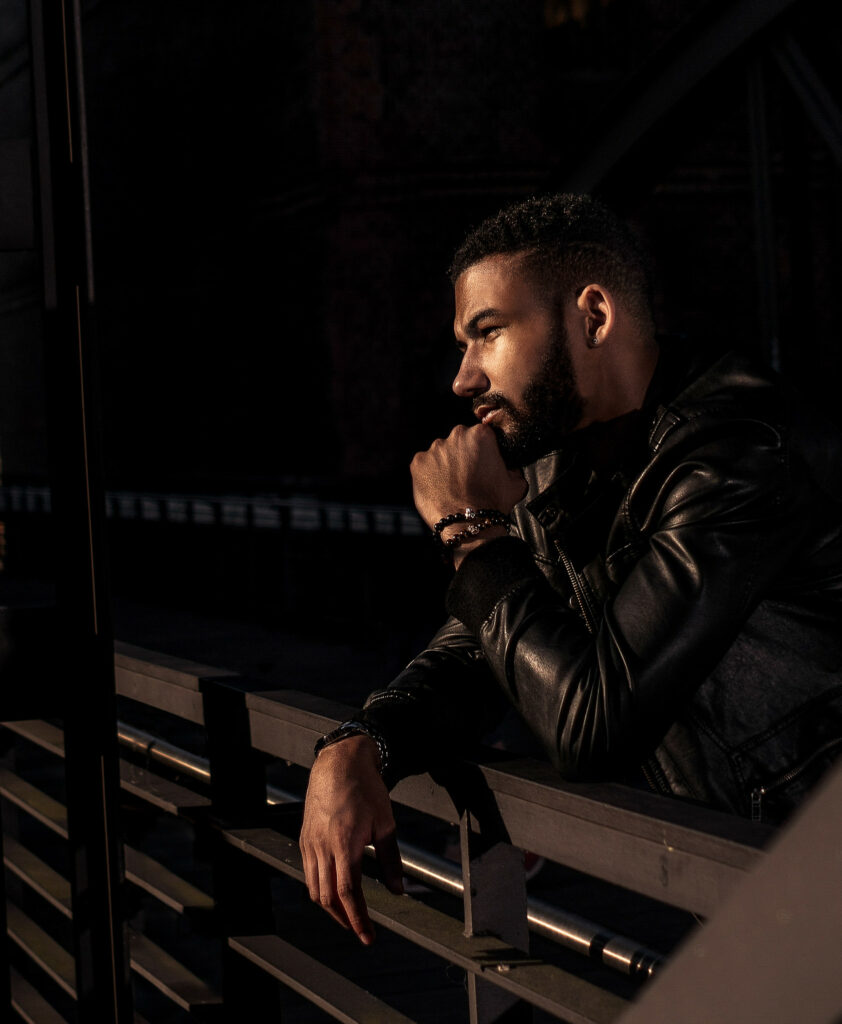 About a year ago I wrote an article about my life story “From a shy, introverted World of Warcraft nerd to helping men achieve the Dating life of their dreams“.

But I never went into detail about what exactly happened in my past.

I always had a huge resistance to do so, because I’ve been running away from it and suppressed it for literally my entire life.

I’m currently in a Mentoring program related to letting go of my traumatic experiences and learning to fully accept myself.

Apart from that I’m reading an inspiring book called “Can’t hurt me“ by David Goggings.

That man is a perfect example of creating a better future for himself despite all the shit that happened to him.

And trust me when I say he had to go through some horrible traumatic situations that most people can’t even imagine.

So after thinking about it for a while, today I’ve decided to publicly share two of my biggest traumatic stories that I’ve only shared with a handful of people in my life before.

By no means I’m sharing them because I want you to pity me or complain how hard my childhood was.

Most of all I’m doing this to accept and own them, because my past is also a part of me.

However I’m also doing it to show others who might have had a bad childhood too, that no matter the odds you can still make the best of your life.

Something I wanted to mention before I start is that just because someone looks attractive (which is highly subjective anyway), doesn’t mean they always had it easy in life.

Don’t judge a book by its cover, you never know what a person had to go through to become who he or she is today.

This story of my life reminds me of one of my favourite Korean TV shows called “Strangers from Hell“.

Even though in that TV show people died, emotionally I felt very similar to the main character of it who’s name is Yoon Jong-Woo.

My mother was Catholic and that’s how I was raised.

I’ve always hated going to church and found it very boring but had to go.

So of course my parents put me in a Catholic school, thinking I would be accepted well and not have to experience judgement.

But they couldn’t have been more wrong.

For me that school was the first time in life where I felt that I don’t belong in this world and that something is totally wrong with me.

Everyday I stayed there made this feeling become worse and worse.

I was the only black or foreign kid in that school, the rest were all white, German kids.

In the classroom nobody wanted to form a group with me or help me out if I didn’t know how to do something.

In the breaks nobody wanted to play with me, they always excluded me from every game, every activity, hell even from conversations.

All the kids made fun of the “weird black guy“ and also made me feel like something is wrong with how I look and that I should’ve been born white.

If this wasn’t enough, very often the main teacher would put me in the damn corner for no reason, making me look at the wall and having the rest of the class laugh at me and mock me.

I was the most reserved kid that never got into any trouble so I assume he was just racist, really can’t think of any other reason why he would’ve done it otherwise.

Whenever I told my parents about what happened in school, they just brushed it away saying that it takes a while to find friends, that it’s completely normal and that the teacher probably didn’t mean it in a bad way, etc.

I was so angry at them because this was clearly not true and I wished they would just listen to me and believe me.

Then one day I came home crying with bruises and wounds because the other kids beat me up.

That’s when they realized that this school is not the right environment for me, took me out of it and into an integration school where everyone would be more tolerant.

And I thought so too, because kids with special needs also went to that school.

At first I really liked it and found friends for the first time in my life, until it became daily living hell for me (once again)..

When I was 12 I was a very shy, introverted and reserved kid that did everything others wanted just to be liked, because that’s how my mom raised me.

I learned that in order to be liked, accepted or loved by someone, I had to do what they wanted and at all cost avoid doing anything they could possibly not like.

So I became a so-called “People pleaser“.

I don’t blame my mom though as you don’t really learn how to raise children anywhere and I was her first and only child.

My parents divorced when I was 8 years old and my mom raised me alone, what I admire because it must have been very hard.

Before that, most of the time my dad came home very late when I was already sleeping, because he focused too much on his work and studies.

But I don’t blame him either.

He probably just wanted to create a great life for my mum and I, but I really wish he would’ve prioritized his son a little more.

However, this meant that I basically grew up without a real father figure, as he wasn’t there to teach me any “masculine“ values or how to act around girls in general.

So there was a girl in school that I really liked.⁣

She looked like an angel to me with her long, blonde hair and extremely cute smile.

Just the wings were missing.

I felt that many of the guys in school had a crush on her.

One day I thought about how I could confess my “love“ and came to the conclusion that a love letter would be the best idea, since I was way too afraid to tell her in person.

At this time I collected something very popular and valuable in Germany called Diddl paper.

It had pictures of cute mice on it, being shown in everyday situations.

So I decided to use one of my precious Diddl papers to write the love letter on, because I wanted her to realize how much I liked her.

Then I wrote the letter with all my heart, telling her everything I wanted to tell her in person but couldn’t as I was too afraid to talk to a girl.

I also used my pocket money that my mom gave to me to buy her a special, beautiful necklace in a jewelry store.

On the next day in school during the break I put both the love letter and the necklace wrapped up as a gift on her table.

When all the kids came back from the break, she saw my gift on her table, looked at it and said out loud “Eww it’s from this guy“.

Afterwards she threw it into the trash bin without even opening the gift or reading the letter.

It felt like she ripped my heart into a thousand pieces.

I wanted to cry (or disappear into the ground) but I also didn’t want my entire class to witness me crying like a baby.

So I just stood there.

Completely paralyzed while everyone saw what just happened.

Immediately after this happened her best friend grabbed my gift out of the trash and told her that she shouldn’t just throw it away without opening it, because that’s very rude.

She just replied that she doesn’t care and doesn’t want anything from “that weird and ugly black guy“ who’s me.

Then her friend opened my gift and from there on wore the necklace, because she really liked it even though I actually bought it for my crush.

The rest of the day was hell on earth for me.

I didn’t talk to anyone and just hoped that school would finish soon.

From that point on, some kids felt very sorry for me and others started to bully me.

A few days later my crush got together with the most popular guy in my class.

He was a good looking, white “Alpha Bad boy“ with blue eyes and blonde hair who didn’t give a f*ck about anything.

Every time I saw them kissing in class and breaks, I was reminded of this terrible situation over and over again.

I can still remember what I did after all of this happened.

When I got home I sat down in my children’s room and swore out loud for exactly 1000 times that I’ll NEVER tell a girl again that I have feelings for her or love her, because I didn’t want to feel this insane pain again.

And I really didn’t do it.

Until I was 21, that was also when I kissed a girl for the first time.

As mentioned before, I had insane resistance to share these stories with you guys.

The reason is that they’re extremely personal, the cause of my biggest traumas and only very few people in my life know about them.

However, even though those situations happened to me, I’m also happy they did, because they turned me into the person who I am today.

I probably wouldn’t be living together with my Soulmate or be working as a Dating Coach if they didn’t.

To finish this novel off, I want to encourage you to actively work on your past traumas because they are a part of you but they DON’T define you.

Never let your past dictate your future.