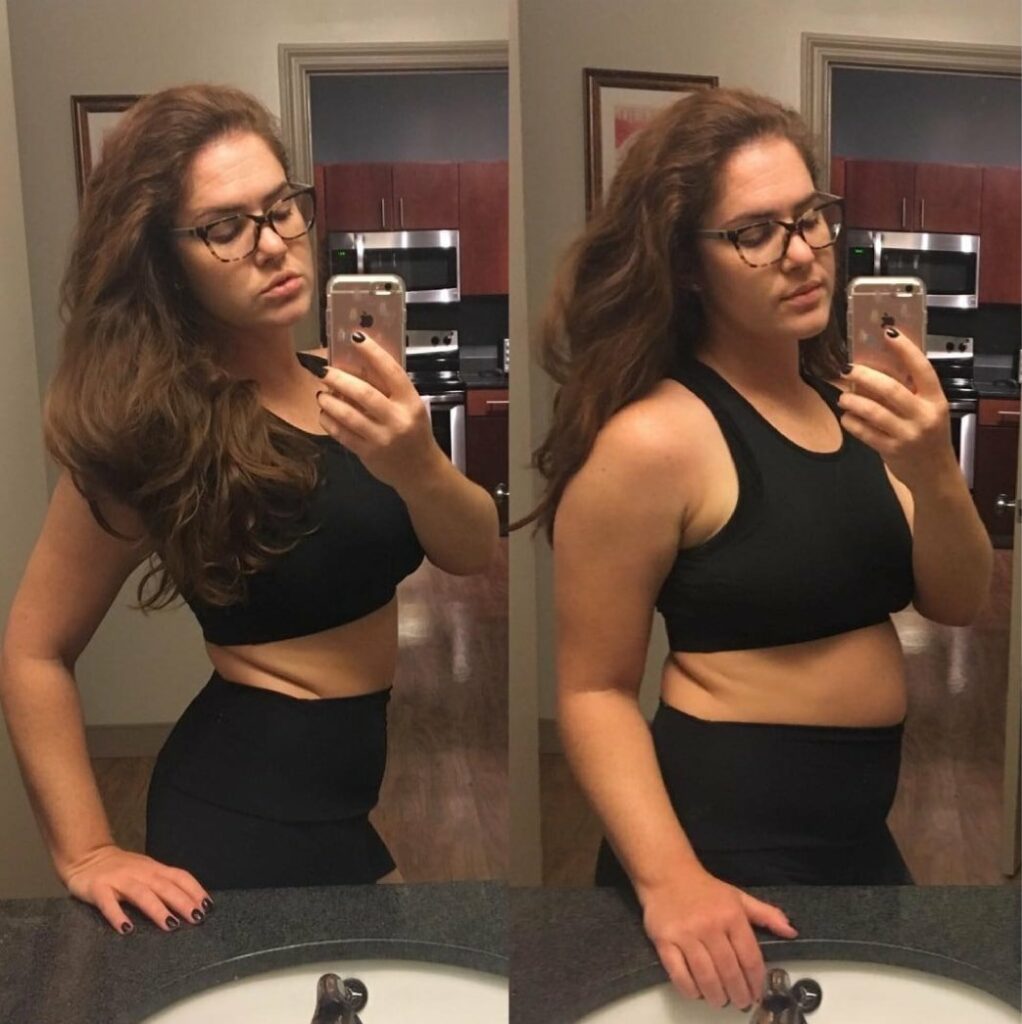 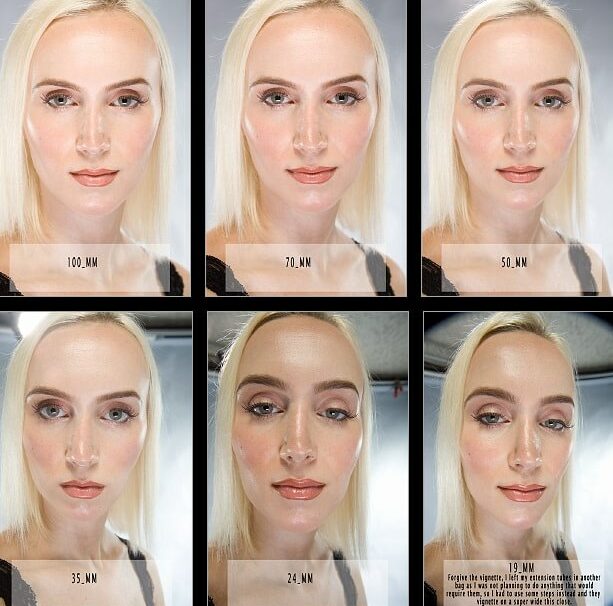 I’m writing a post on this today, because some people accuse me of tricking women, providing an unethical Transformation and even creating „catfishes“.⁣⁣
⁣⁣
Another reason is, because I keep hearing the same limiting belief from men over and over again. ⁣⁣
⁣⁣
„If I look better on pictures than in real life, women are going to call me out on it once we are on a date.“⁣⁣
⁣⁣
Take some minor things for example:⁣⁣
⁣⁣
● They have acne and don’t want to smoothen up their skin. ⁣⁣
⁣⁣
● Their face looks fat when smiling and they don’t want to make it smaller.⁣⁣
⁣⁣
● They have bags under their eyes due to lack of sleep and don’t want to remove them.⁣⁣
⁣⁣
To sum it up, they think they would be „catfishing“ and that women are going to be „disappointed“ later on in person.⁣⁣
⁣⁣
Excuse my French, but that’s complete BULLSHIT and a BIG limiting belief. ⁣⁣
⁣⁣
Allow me to explain to you, why it is just your mind playing tricks on you and how it is holding you back from having abundance with women in Online Dating.⁣⁣
⁣⁣
𝗔𝗻𝗴𝗹𝗲𝘀, 𝗹𝗶𝗴𝗵𝘁𝗶𝗻𝗴 𝗰𝗼𝗻𝗱𝗶𝘁𝗶𝗼𝗻𝘀 𝗮𝗻𝗱 𝗼𝘁𝗵𝗲𝗿 𝗲𝘅𝘁𝗲𝗿𝗻𝗮𝗹 𝗳𝗮𝗰𝘁𝗼𝗿𝘀⁣⁣
⁣⁣
First of all, there are so many different angles and lighting conditions that you could use when taking pictures. ⁣⁣
⁣⁣
You would be surprised what a big difference they can make in terms of how you look in real life.⁣⁣
⁣⁣
Apart from that, there are a few other factors that will dramatically influence how you’re going to look:⁣⁣
⁣⁣
● How much water you drunk⁣⁣
● How much you ate⁣⁣
● How much you’ve slept⁣⁣
● How your mood is⁣⁣
● Weather conditions (Heat, cold)⁣
● The camera lens you use⁣
⁣⁣
Those are only some of the things that can influence how you’ll look, pretty sure there are many more. ⁣⁣
⁣⁣
𝗖𝗮𝗺𝗲𝗿𝗮 𝗱𝗶𝘀𝘁𝗼𝗿𝘁𝗶𝗼𝗻 𝘄𝗮𝗿𝗽𝘀 𝘆𝗼𝘂𝗿 𝗽𝗿𝗼𝗽𝗼𝗿𝘁𝗶𝗼𝗻𝘀⁣
⁣
Ever suspect that your forehead or nose looked larger in a particular picture than in real life?⁣
⁣
More than likely, you were correct.⁣
⁣
Camera distortion is ubiquitous in social media pictures – especially selfies.⁣
⁣
The most common cause of camera distortion is that the subject is too close to the lens.⁣
⁣
Most photographers say that the type of lens used also has a lot to do with it, and wide-angle lenses (like the ones in our camera phones) are big offenders.⁣
⁣
𝗚𝗼𝗶𝗻𝗴 𝗳𝗿𝗼𝗺 𝟯𝗗 𝘁𝗼 𝟮𝗗 𝗰𝗿𝗲𝗮𝘁𝗲𝘀 𝗼𝗽𝘁𝗶𝗰𝗮𝗹 𝗶𝗹𝗹𝘂𝘀𝗶𝗼𝗻𝘀⁣
⁣
Real life is 3D. A picture is 2D.⁣
⁣
This difference can have major implications.⁣
⁣
For instance, when you’re standing in front of someone, you get a 3D sense of their size. Without that extra dimension, in photos, a human arm can look way smaller or larger than it really is.⁣
⁣
For this reason, professional models learn to manipulate their body shape by moving parts of themselves closer or farther from the lens.⁣
⁣
𝗠𝗮𝗸𝗲𝘂𝗽 𝗳𝗼𝗿 𝗺𝗲𝗻 – 𝗣𝗿𝗲𝘀𝗲𝗻𝘁 𝘁𝗵𝗲 𝗯𝗲𝘀𝘁 𝘃𝗲𝗿𝘀𝗶𝗼𝗻 𝗼𝗳 𝘆𝗼𝘂𝗿𝘀𝗲𝗹𝗳⁣⁣
⁣⁣
Online dating is all about presenting yourself in the best way. ⁣⁣
⁣⁣
Showing your strengths rather than all of your weaknesses.⁣⁣
⁣⁣
If you showed all of your weaknesses in your profile, they would overshadow the positive things. ⁣⁣
⁣⁣
Leading to women swiping left, who you could have had an amazing connection with.⁣⁣
⁣⁣
Women are very picky in Online Dating and they have to be because of all the men they match with.⁣⁣
⁣⁣
One single flaw (or weakness) can already ruin an otherwise good picture and influence her decision negatively.⁣⁣
⁣⁣
Because let’s be honest here, almost everyone looks better on pictures than in real life. ⁣⁣
⁣⁣
In my opinion it would be stupid and self sabotaging to upload your worst photos on an online Dating profile, just so that women can see „How you authentically look on a bad day“. ⁣⁣
⁣⁣
I mean who would do that to themselves?⁣⁣
⁣⁣
I get it, you want to be honest and authentic. ⁣⁣
⁣⁣
But only showing your best sides, isn’t being inauthentic and dishonest, it’s smart. ⁣⁣
⁣⁣
The thing is, women use makeup to look better on pictures. ⁣⁣
⁣⁣
We men don’t have that option to such a big extent, so we use retouching instead.⁣⁣
⁣⁣
Some of the pictures might look „unnatural“ at first, but no woman has ever complained that anyone I helped looked better on pictures than in real life. ⁣⁣
⁣⁣
I know, because I keep in contact with the men I’ve helped, I care about them being happy and I want them to have real results.⁣⁣
⁣⁣
Now, there’s two reasons why some pictures might look unnatural:⁣⁣
⁣⁣
First one being, that what you see is a direct side to side comparison of before and after pictures. ⁣⁣
⁣⁣
That emphasizes the differences even harder. ⁣⁣
⁣⁣
Women ultimately seeing just the after picture in a profile, won’t even think it’s edited.⁣⁣
⁣⁣
The second reason is, that Online and Real life are two completely different things.⁣⁣
⁣⁣
While Online Dating is 2 dimensional, very superficial and only the pictures count. ⁣⁣
⁣⁣
The date in real life is 3 dimensional and many other things are going to be important. ⁣⁣
⁣⁣
To name just a few: ⁣⁣
⁣⁣
● Social skills⁣⁣
● Confidence ⁣⁣
● Body language⁣⁣
● Voice tonality⁣⁣
● Height⁣⁣
● Charisma⁣⁣
⁣⁣
Apart from those things, women care a lot less about how you look, once you’ve developed a connection and sympathy over text. ⁣⁣
⁣⁣
As long as you don’t look like 20 on picture’s and are 60 in real life.

⁣⁣
⁣⁣
That would be „actual“ catfishing, but everything else, is just putting your best foot forward. ⁣⁣
⁣⁣
Here is how a great female dating coach called Ami Martin phrased it and I really like her comparison:⁣⁣
⁣⁣
„There seems to be some concern that a woman would see your client as misrepresenting himself, but I don’t feel that way at all. To me curating his photos in this way is the same thing as a man who has a great haircut. We all know it’s the same man before and after the haircut, but having someone who knows how to cut the hair for you can make a huge difference. When you have shaggy or unkempt hair it will give one impression as opposed to if it’s been cut with intention. So much of it like you said with online photos is being able to put yourself in your best light.“⁣⁣
⁣⁣
To finish off I want to clarify something:⁣⁣
⁣⁣
What I’m doing is NOT making men look like they’re a completely different person or „tricking“ women into believing they’re meeting with someone else. ⁣⁣
⁣⁣
What I’m doing is bringing out the best version of someone. ⁣⁣
⁣⁣
I do this by retouching pictures in a way that fixes the flaws which occurred on the day a picture was taken. ⁣⁣
⁣⁣
And I’m

sure, that the men who’s dating lives I transform, look almost exactly the same in real life, as I depict them in pictures.⁣⁣
⁣⁣
Hopefully now everyone understands that my work is not unethical or dishonest in any way. ⁣⁣
⁣⁣
Cheers, ⁣⁣
Sandric

Do You Want To Learn More About Dating Superhero Transformation?

Dating Superhero Transformation is our coaching program, where 100% of our students (who implemented it properly) go on 3+ dates weekly with the women they truly desire and have complete abundance in their dating lives.