Are you wasting money on shootings? 💸⁣ 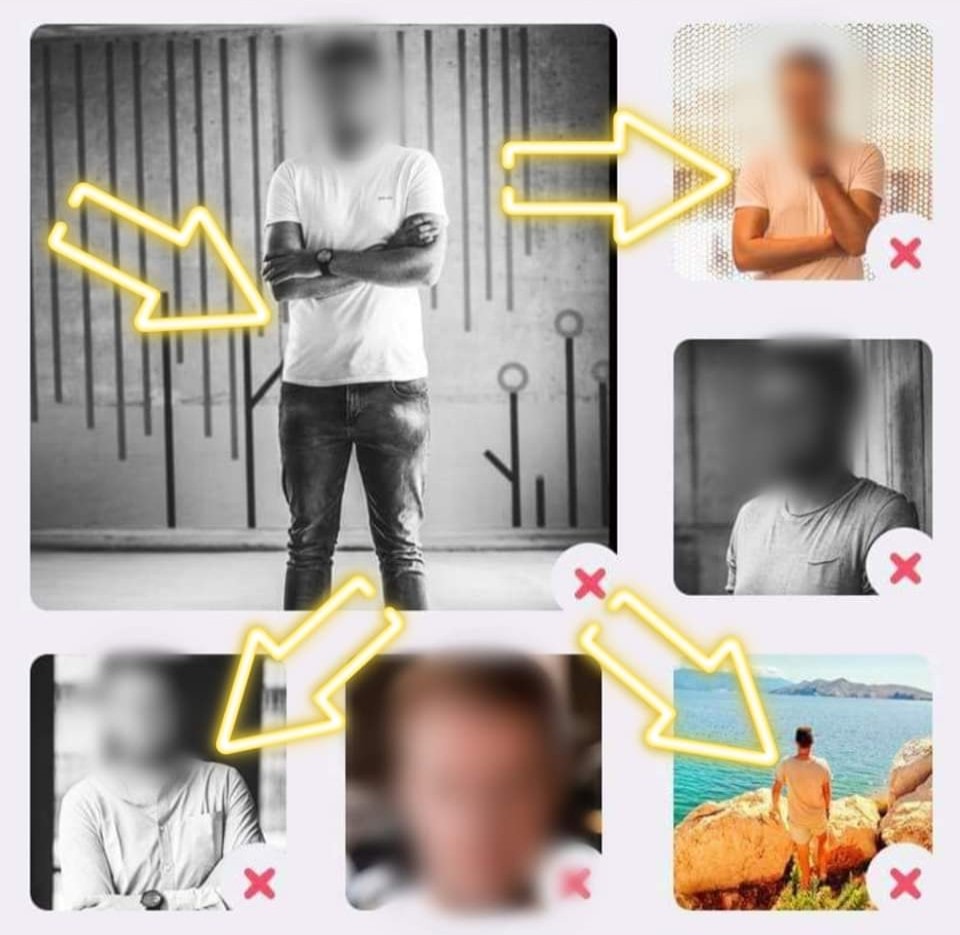 Whenever men come to me for help, there’s a couple of mistakes I keep seeing over and over again. ⁣⁣
⁣⁣
Don’t get me wrong.⁣
⁣
Professional pictures are able to increase your online dating results big time. ⁣
⁣
But only if done right.⁣
Never wear the same outfit on multiple pictures
⁣
Seriously, this is probably one of the biggest mistakes I see men doing.⁣
⁣
They use multiple pictures from the same day, wearing the same outfit just being in a different location. ⁣
⁣
Nothing screams „I did a shooting just for online dating“ more than that.⁣
⁣
I’m not saying that taking pictures especially for your profile is bad, but you don’t need to rub it into the woman’s face. ⁣
⁣
Most of the time you want to make it seem like you weren’t even aware that a photo has been taken of you. ⁣
⁣
That’s what I call the „Snapshot effect“.

⁣
⁣
𝗗𝗼𝗻’𝘁 𝘂𝘀𝗲 𝟲𝟵 𝗽𝗵𝗼𝘁𝗼𝘀 𝗮𝘁 𝘁𝗵𝗲 𝘀𝗮𝗺𝗲 𝗹𝗼𝗰𝗮𝘁𝗶𝗼𝗻⁣
⁣
Same story and should be avoided at all cost. ⁣
⁣
I think it’s even worse than wearing the same outfit in multiple pictures, or at least equally as bad.⁣
⁣
It shows that you were too lazy to even move to a different location. ⁣
⁣
And if you’re also wearing the same outfit on multiple pictures in the same location.. ⁣
⁣
You can already wave goodbye to all the likes and matches you could’ve received otherwise.

⁣
⁣
𝗔𝘃𝗼𝗶𝗱 𝗯𝗲𝗶𝗻𝗴 𝗼𝗻𝗲 𝗱𝗶𝗺𝗲𝗻𝘀𝗶𝗼𝗻𝗮𝗹⁣
⁣
Once in a blue moon I’m working with a client that doesn’t make any of the other mistakes. ⁣
⁣
When that’s the case and I’m about to pray..

⁣
⁣
He makes the third one. ⁣
⁣
I know you think that you have one angle or expression that’s more flattering. ⁣
⁣
Which you always use for those precious selfies. ⁣
⁣
But having the same expression or pose in every picture, doesn’t only make it look like photoshoot. ⁣
⁣
It also makes you seem like a very boring, uncreative and one dimensional person. ⁣
⁣
You want to show different shades of your personality.⁣
⁣
Doesn’t have to be 50, unless you’re a big fan of the movie.⁣
⁣
In that case, we’ll keep it our little secret.

⁣
⁣
That wraps it up.⁣
⁣
Don’t make these photoshoot mistakes. ⁣
⁣
Else you could basically just send women the following letter with a carrier pigeon

:⁣
⁣
„Hey girl, I didn’t have any awesome pictures of myself to convince you of my worth. ⁣
⁣
So yeah, of course I booked a professional photographer especially for online dating to make me appear as sexy as possible. ⁣
⁣
Nothing else in my life is worth taking a picture of, that’s why I’m only using the photoshoot ones. ⁣
⁣
Also, don’t mind me having the same pose and expression on every picture. ⁣
⁣
That’s just because I’m very uncreative and one dimensional.⁣
⁣
I hope you will forgive me since I’m still a nice person regardless of those things.⁣
⁣
Love you.

“⁣
⁣
I really hope that this post leads to a better online dating world for men and women alike. ⁣
⁣
Sometimes I feel sorry for all the women rolling their eyes in pain while looking at men’s profiles. ⁣
⁣
But then again, I’m here to make it just a little less painful.⁣
⁣
Next time when you have a photoshooting think about all these mistakes.⁣
⁣
Do your best to avoid them and thank me later.⁣
⁣
Cheers, ⁣
Sandric